The story centers on Gath of Baal, a barbarian guarding a realm that borders both a desert empire and a forest kingdom. Gath forms an alliance with a seductive sorceress. Mayhem for all involved results. Fans of true sword and sorcery fiction will love this series with oodles of bloody battle, evil sorcery, and dark demons. There are a lot of similarities between this series and Robert Howard's Conan tales. The titular hero grows up as an outcast from his tribe, born to a mother who was banished from the tribe. He returns to the tribe to train as a warrior and though despised and mistreated as the son of an outcast, grows into the role as the greatest warrior in a tribe famous for great warriors.

This work is basically episodic in nature. Readers will see in Imaro the same qualities found in other famous Sword and Sorcery heros Conan. What makes this hero unique is that he's African and not of European decent. The Chronicles of the Black Company.

This is a different breed of fantasy fiction than its pulp fiction brethren.


The Black Company is a true classic -- a thrilling tale of magic and might, where the characters are neither good nor evil, and evil itself has shades of good. Many will argue that the series loses some of its appeal after that in part because the narrator of the story changes to a different character. This is more of an epic fantasy, but with quite a few Sword and Sorcery elements to it.

First it's a dark world where morality is questionable. There's the loner hero with an emerging power. The landscape is one of ice and stone, a setting that fits perfectly with the brooding hero of the tale. Yes this is epic fantasy -- there is a world that's in grave peril and an emerging hero who steps up to set this world-gone-wrong back on the right path. But there's also a hack and slash quality to the series.

If you are looking for a modern sword and sorcery mixed with epic fantasy, a combination that works perfectly in this case, read Sword of Shadows. Gemmell specializes in heroic fantasy. 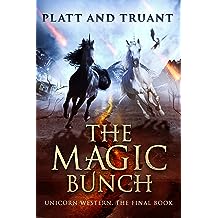 His best book is widely regarded as Legend. Gemmell explores a lot of themes in this book -- the idea of true heroism for instance. Books in The Drenai Series 9 1 Legend. Kearney reported that these stories were inspired by some of the original Fritz Leiber stories. You might also want to try his The Ten Thousand novel for another similar sort of tale, though one that focuses even more on action and battle.

Kan Savasci: a legend, a warrior, a mage… hero and villain. Tears of a Heart marks the tale of a young man, Aeden, who unwittingly shapes the world. The writing is beautiful, layered, and timely. Chase Blackwood weaves an intricate tale that hints at so much more. And that may be its greatest challenge. Tears of a Heart, the first book in the series, was beautifully written, and interesting. It shows us an amazing world filled with detail and depth, but for a portion of it, just a touch slow.

The writing, such beautiful writing, overshadows this, as does the ending. Tower of the Arkein , the next book in the series, is where the story truly begins to unfold, and where Chase Blackwood shines as an author. It is fast paced, full of action, adventure, and love. A very strong entry in the fantasy genre, and if the next book is equally as good, expect it to make quite a splash.

You can buy on Amazon now. The Malazan Book of the Fallen. While these are epic fantasy, there's are more than a few sword and sorcery elements present in the series to land them on this list. Gray morality. Dark, brooding heros. Super powerful villains.

Heros who can beat unbeatable foes. Double check. This series draws on Nordic influence and European myth. You get a good dose of ancient Norse gods, the beginnings of Christianity, beings from Irish mythology, and even a few half-gods from Greek mythology tossed in for good measure.

Into this melting pot of myths is thrown the human hero, Scarfloc -- a man whose very love for his adopted immortal parents has doomed them all.